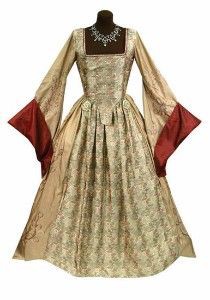 November 2015’s first episode was on fashion in Tudor and Renaissance England.  It’s something that has been requested a number of times, but Lindsay’s text to the listener feedback line (801) 6TEYSKO inspired me to finally do the research and get an episode out about it.

So, if you’re going to be heading to a Renaissance Faire next summer, be sure to check out these resources.  I might add, my especial pet-peeve at Renaissance Faire’s is kilts.  England and Scotland were at war for much of the 16th century.  Can we please make a rule that there should be no kilts allowed at Ren Faires?  Please, dress as a fairy.  Or a goth.  Or an aging 70’s rocker.  That’s fine.  I can be ok with that.  Kilts, not so much.

The Dynasty portrait showing the kirtles for all the women.

Ok, now that I’ve vented on Renaissance Faire fashions, let me give you some of the resources I used for this episode:

Renaissance Clothing and Sumptuary Laws:
http://www-personal.umd.umich.edu/~cfinlay/sumptuary.html
A great site with information on sumptuary laws, and a good introduction to how people dressed

Chart of Sumptuary Laws on the Tudors Wiki:
http://www.thetudorswiki.com/page/Chart+of+Tudor+Sumptuary+Laws

This is a gorgeous pinterest board with lots of costumes from various periods in history, many Renaissance:
https://www.pinterest.com/mbolo/pre-renaissance-post/

This is another pinterest board that has some amazing pictures of jeweled furs, and other clothing:
https://www.pinterest.com/mcadwellfastmai/tudor-elizabethan-zibellini/

Textiles at the Victoria and Albert Museum:
Their fashion history collection is marvelous
http://www.vam.ac.uk/page/t/textiles/

A brief history of the codpiece:
http://renaissancedancewear.com/codpices.html 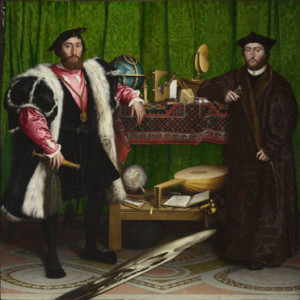 Holbein’s The Ambassador showing the way wealthy men would dress 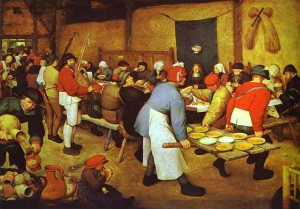 The Peasant Wedding Feast which shows average people in their best clothes. Most people wear subdued colors since dyes were so expensive.