Hey, this is Heather from the Renaissance English History Podcast, and this is your Tudor Minute for April 24.

Today is the wedding anniversary in 1558 of Mary Queen of Scots and Francis, the dauphin of France, in Paris. She was 14, and he was 15. Mary had spent most of her childhood in France, raised in the royal household, preparing for her life as the future Queen of France. Francis became the King consort of Scotland upon the marriage, and then, about 14 months later, he became King of France when his father died. Unfortunately for poor Francis, he died after only a year and a half, likely from an ear infection that spread and became an abscess in the brain. Mary had to go back to Scotland, to a country she barely knew and didn’t understand, and of course we all know how that worked out for her.

That’s your Tudor Minute for today. Remember you can dive deeper into life in 16th century England through the Renaissance English History Podcast at englandcast.com where there are episodes on Mary Queen of Scots. 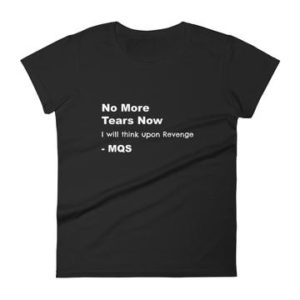 From the Shop:
The Mary Queen of Scots Collection