10 Foods From Shakespeare’s Plays That Shakespeare (Probably) Ate Himself

In addition to the beer you’ve probably heard about being popular in the 16-17th century England (due to the poor sanitation of the water) Shakespeare’s lifetime saw a flurry of culinary oddities grace the tables of nobility and civilians alike. It wasn’t uncommon to see such surprises as hedgehogs, fish pies, and even fried peacock that’s recorded as appearing at court before Queen Elizabeth.

These culinary experiments would amuse and delight us if found on dinner tables today.   Culinary amazements like hedgehogs did not turn up on the ordinary Englishman’s table, however. The culinary rules established by Elizabeth I were not only vast, but detailed, and it was inappropriate to the point of imprisonment to eat outside your station. So if he wasn’t dining on fried peacock at dinner, what did William Shakespeare eat?

Here is a list of 10 Elizabethan foods that someone like William Shakespeare might have really eaten at lunch, then called dinner, the main meal of the day for Elizabethan England. 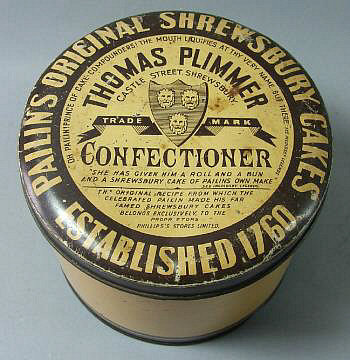 Dost thou think, because thou art virtuous,
there shall be no more cakes and ale?

Using culinary references including tins like the one in this picture, which date back to within reasonable distance of Shakespeare’s lifetime, historians believe the cakes Sir Toby was talking about were Shrewsberry Cakes. They were round cakes, flavored with rose or sometimes lemon. In the book, ‘The Compleat Cook‘ by ‘WM’, 1658, there’s a recipe for Shrewsberry Cakes that included flavoring the cake with Rose Water. 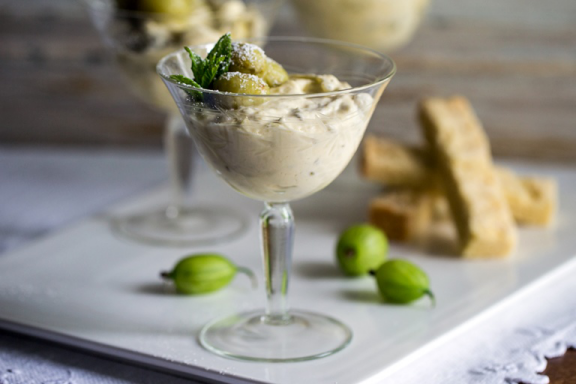 …all the other gifts appertinent man, as the malice of this age shapes them, are not worth a gooseberry.

While only mentioned once in Shakespeare’s plays, the gooseberry Foyle, also called Gooseberry Fool, is a type of cream pudding featuring gooseberries and some mint. Served with shortbread cookies, this pudding made an excellent Elizabethan dessert. 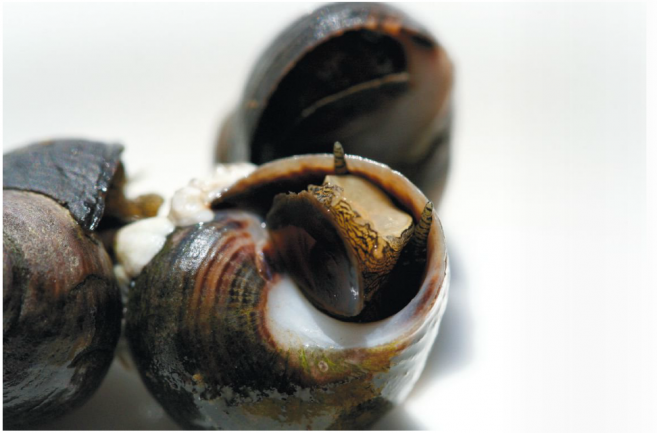 Orlando in As You Like It, declares: “Of a snail!” (IV.1) He might as well have put it as a question. If you’re from the United States, you likely expected these guys to be a type of flower. In the UK, however, Periwinkles are a type of snail that lives on the coast, attaching itself to rocks and ships and other flat surfaces where they can eat the algae that grows there. It’s a common snack across parts of Spain and France as well.

For Shakespeare, these were likely cooked up and served as a kind of snack. Sir Kenelm Digby in 1669 called them Blew-Buttons. They were believed to be an aphrodisiac, and were thought to be good for skin troubles. According to the Massachusetts Department of Public Health (2013), the small periwinkles absorb less toxins than their bi-valve relatives and therefore do not require a permit to harvest them. Who knew? 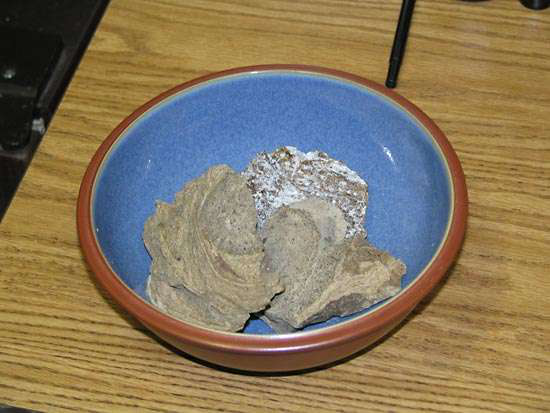 Mistress Ford in Merry Wives of Windsor is ranting about someone having lied to her, but she talks about ambergris indirectly when she says,

What tempest, I trow, threw this whale,
with so many tuns of oil in his belly,
ashore at Windsor?
MWW II.1

Ambergis is whale vomit. That’s right. The Sperm Whale tosses his lunch (sometimes it comes out the other end. It’s technically a whale excretion) and it was used in Elizabethan England to season their food. I’m not kidding, and it’s not even that old of a thing, actually. There’s a huge industry around ambergris, with the rare Sperm Whale secretion being used for perfumes and could also be used to dilute alcohol. (Which might explain why Elizabethans could drink so much beer?)

I’m not sure if Mecaenas is accusing Antony and Cleopatra of eating too much, or throwing small parties, but either way, this breakfast menu sound (sarcastically) delightful:

Eight wild boars roasted whole at breakfast,
and but twelve person’s there; is this true?
II.2

A very dangerous prey, and hunted only by men on foot with dogs and spears, this addition to the meal was seen not only as a delicacy, but as an accomplishment. 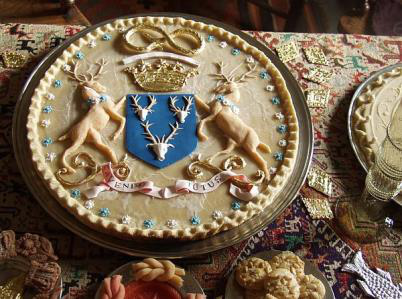 The forerunner of modern day marzipan, this edible treat was used to make ornate center pieces at events. In Romeo and Juliet, the First Servant sings it’s praises:

Away with the joint-stools, remove the court-cupboard, look to the plate.
Good thou, save me a piece of marchpane; and, as thou lovest me,
let the porter let in Susan Grindstone and Nell.
Act I Scene V

Marchpane was a popular dessert item, often involving almonds ground into a flour, made into a paste, and used as a kind of pie with various fruits. 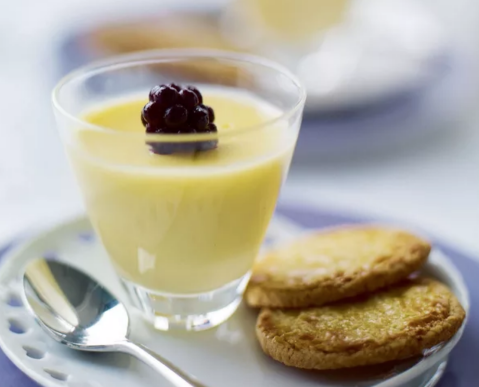 Posset is another dessert. This one is mentioned four times in Shakespeare’s works, with my favorite being this invitation from the Page in the Merry Wives of Windsor:

Yet be cheerful knight: thou shalt eat a posset to-night at my house;
Act V Scene 5

Posset was often flavored with Ambergis (according to a recipe found in an old Elizabethan cookbook which suggests that once completed, you can put in “ambergreece” to keep the flavor.) Posset is made with sugar, eggs, and white wine, all combined into a type of pudding. 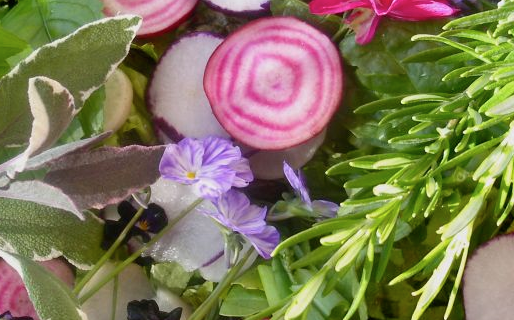 Sallet is another spelling for salad. It is mentioned in Shakespeare’s plays three times, with the most favorable review of sallet coming from Jack Cade in Henry VI Part I:

I climbed into this garden, to see if I can eat grass, or pick a sallet another while, which is not amiss to cool a man’s stomach this hot weather. And I think this word “sallet” sallet, my brainpan had been cleft with a brown bill; and, many a time, when I have been dry and bravely marching, it hath served me instead of a quart pot todrink il and now the word “sallet’ must serve me to feed on.

Another word spelling for “Salad,” sallet was used for a variety of dishes, but one popular one was salmon sallet to be fixed on the days Queen Elizabeth required everyone to eat fish. It was made by mixing onions, violets, and salmon to make a “salmon sallet.” 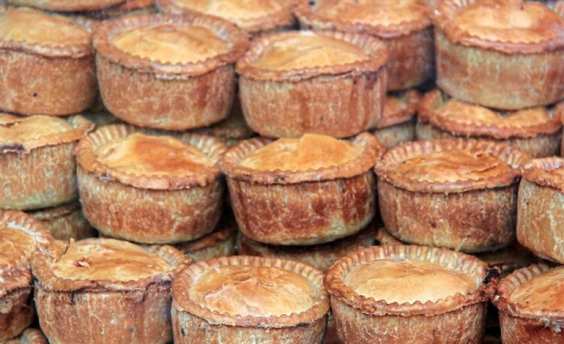 Made with brick hard pears, called Warden pears, these pies were open face tarts. They were often colored with spices to make the food bright, which was a Tudor era favorite. This need to make sure the pie was brightly colored is echoed in the direction of the Clown from The Winter’s Tale when he declares:

I must have saffron to colour the warden pies;
Act IV Scene 3

The Warden pears are even thought to have been part of soldier’s rations for the troops at the Battle of Agincourt, the battle featured in Shakespeare’s Henry V. 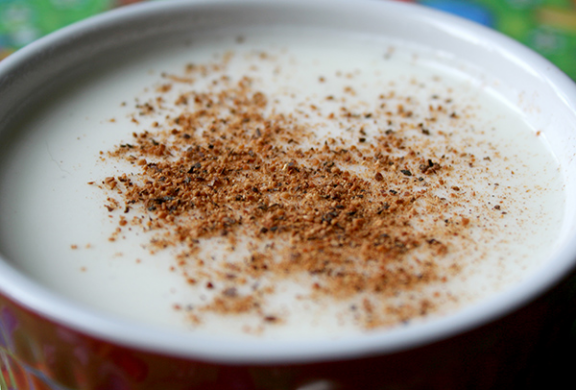 In the Tudor period of history, gelatin was hard to come by. You had to boil down bones to extract the gelatin, and it was a time consuming process. This meant that delicacies like jellies, and junket, were prized culinary items.

Baptista Minola in The Taming of the Shrew mentions junket as a dessert at the wedding:

Neighbours and friends, thou bride and bridegroom wants For to supply the places at the table, You know there wants no junket at the feast.
Act III Scene 2

Junket, a type of jam, was popular and well liked, albeit not often used at common tables.  Junket is made by mixing gelatin, sugar, and cream then molding the mixture into a wine glass to make a wobbly dessert not unlike jello or more closely resembling flan.

When we explore Shakespeare’s plays, we learn that the Tudor period of history contains a wide variety of fun culinary surprises from junkets to snails that is delightful both for the food enthusiast as well as the brave adventurer.

Cassidy Cash is That Shakespeare Girl. Cassidy believes that in order to successfully master Shakespeare’s plays, understanding the history of William Shakespeare the man is essential. She writes for a vibrant community of Shakespeareans at her blog and produces weekly episodes for her YouTube channel, Did Shakespeare. Connect with Cassidy at her website www.cassidycash.com or on Twitter @ThatShakespeare