While working on my episode on Elizabethan trade with the Ottoman Turks, coming out tomorrow, I stumbled on Anthony Jenkinson. This is a guy who, at age 24, with no diplomatic experience at all, managed to secure trading rights for a remote island no one had ever heard of with none other than Suleyman the Magnificent. He was the first English man to see the Caspian Sea, went into Persia, and met with Ivan the Terrible.

He was born into a mercantile family, and began a career as a diplomat with the Muscovy Company. But even before then, he was in Aleppo, Syria, having traveled through North Africa, where he arranged a meeting with Suleyman the Magnificent, and wrote home of his experience watching 80,000 Ottoman soldiers converging on the city.

When meeting with the Shah of Persia, his religion became an issue. After leaving the meeting, his footsteps in the palace were blotted out with sand, to symbolically erase the polluting presence of an unbeliever.

He drew maps, and presented them as gifts to traders and merchants. He received a safe travel assurance from Ivan the Terrible to travel through to the Caspian Sea, where he commented that the trading wasn’t as great as he expected it to be.

Here are two of his maps. Stay tuned for the episode to drop tomorrow for more details on this engaging, quirky, precocious character. 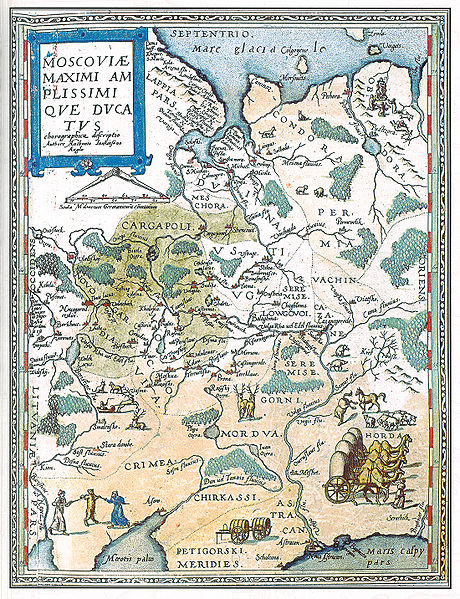