In April of 1066 William of Normandy was assembling a fleet to cross the Channel, and work his way into the succession crisis that was brewing in England. On April 24 a comet raced through the sky, and sky-viewers throughout Europe reported it as a bad omen for England. William took heart from the omen, invaded, and we all know how that worked out for him. The comet had made such a difference to him that he made sure it was included in the Bayeux Tapestry that depicted the Battle of Hastings. 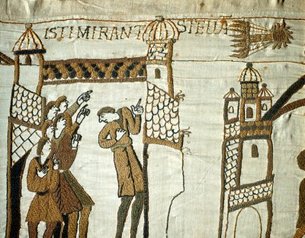 Halley’s Comet makes an appearance every 75-ish years. It flew above the skies in the 16th century in 1531, and was observed by several astronomers. This was at a period when astronomy was really starting to take off in Europe, with Copernicus and the heliocentric solar system shaking the very core of the belief system in the church and in society as a whole.

Petrus Apainus, a Germany cosmologist, observed the comet, and created illustrations, which he published on the new-ish invention of the printing press, in a book called Astronomicum Caesareum. His main observation was that comets always seem to fly with their tail away from the sun, and he drew a gorgeous diagram showing the various angles. The Holy Roman Emperor Charles V supported Apainus, giving him a monopoly to print, and a fee of 3000 guilders, also appointing him the court mathematician.

If this area interests you, you might also want to check out the podcast episode I did on astronomy in Tudor England.

In the meantime, here is a woodcuts showing the comet in 1531, traveling through the constellation of Leo. Fun fact – if you can see Leo now, look at the space in between Leo and the Big Dipper. You’ll see three sets of two tiny dots. The ancient Arab mariners in the Mediterranean used to call them the leaps of the gazelle. 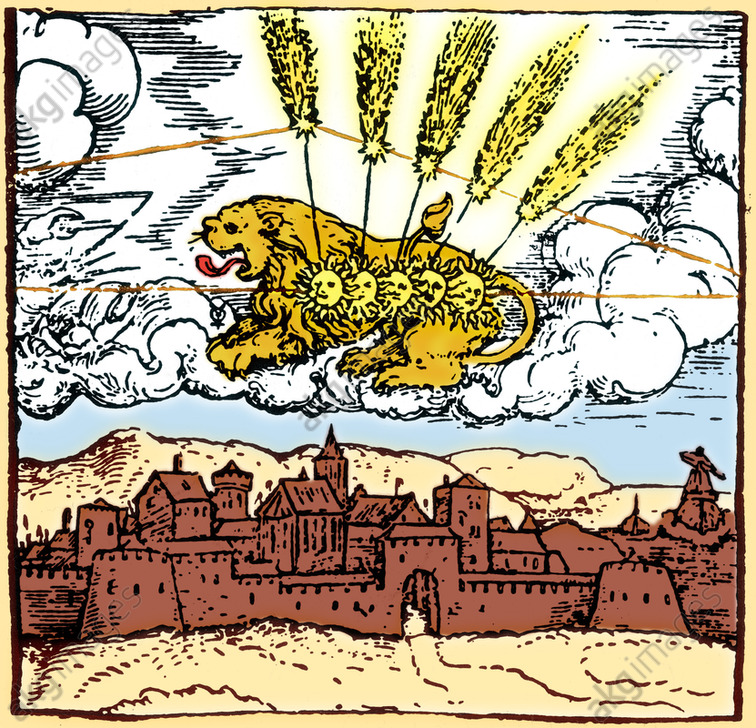