In this short Supplemental Episode I share a story I just discovered about a duel between Eric of Sweden, and Robert Dudley. Recent research has recently discovered this happened, and I wanted to be one of the first to bring it to you! Read on for the transcript.

Remember, if you like this show, there are two main ways you can support it. First (and free!) you can leave a review on iTunes. It really helps new people discover the show. Second, you can support the show financially by becoming a patron on Patreon for as little as $1 episode. Also, you can shop at my online store filled with Tudor-inspired products like the popular Six Wives leggings!

Hello and welcome to the Renaissance English History Podcast, a member of the Agora Podcast Network. I’m your host, Heather Teysko.

Today I want to do a short episode telling you about a little known event; one that has just been researched in the new book, “Erik and Robert, Elizabeth’s Dueling Suitors” by Dr. John Stilkington. Many of you will have known that the Swedish King, Erik XIV of the House of Vasa was an early suitor for Elizabeth’s hand. Even during the reign of Mary, he was courting her, and Mary had actually been supportive, thinking that sending her attractive and popular sister to be the Queen of Sweden would be a good idea.

But Elizabeth said she never wanted to marry, and managed to stall for time. Once Elizabeth became queen, Eric increased his efforts to woo the Queen. At the same time, her favorite, Robert Dudley, was also planning his moves, seeing whether he might be able to make a bid for the Queen’s heart. Wisely keeping his wife Amy away from court, the relationship between Robert and Elizabeth became scandalous, not just in England, but also in courts throughout Europe.

Eric heard that his prized Queen, on whom he had invested so much energy and time, and built up such a romantic fantasy about, was potentially slipping away from him, and he decided to do something drastic.

The idea that he wanted to visit Elizabeth isn’t new to scholars. There is a famous letter from Elizabeth where she tries to put him off by saying that she doesn’t feel the same way about him as he does about her, and really she hasn’t felt that way for anyone yet. But here’s where the new research by Dr. Stilkington comes in to play.

Dr. Stilkington has unearthed letters and papers showing that Eric managed to board a boat unbeknownst to anyone, pretending to be a ship’s hand, and making it to England in secret. He landed at Dover in the springtime of 1560, and he made his way to London, still pretending to be a commoner.

During this time he kept a journal, which Dr. Stilkington has used extensively in his research. His descriptions of Tudor London are some of the most vivid we have now, putting Stow’s survey to shame in some respects. He openly wrote of his visits to the bear batings, “miserable violent wretches, but who can blame them, pour souls, being treated as savages,” he wrote, showing perhaps an early display of empathy for the bears in Southwark.

He also wrote of his walks across London Bridge, “the rapids move quickly here, and one imagines the agony of being pulled under. But then one’s eyes are drawn to the severed heads above the gate, where More and Cromwell had once gazed out through unseeing eyes on the whores of the brothels beyond, and one’s thoughts become much more happy indeed,” he wrote.

So we have Eric, wandering around London like a commoner, and trying to figure out the best way to make a play for his Queen. Here’s the event that no one had ever heard of before Dr Stilkington’s research.

Apparently one day, Robert and Elizabeth were in the gardens walking. Elizabeth writes in her own papers of a man with a Danish accent approaching them, “a gardener of the most common sort, believing himself on the level to speak directly to Robin,” she exclaimed. The gardener had the audacity to challenge Robert to a duel, and Robert, being a hot headed man who had to strut and couldn’t allow himself to be show up by anyone, even a gardener, accepted.

The two pulled their swords – the gardener had been hiding one with his tools – and attempted to duke it out right there. The Queen screamed, the guards came running, and the gardener was promptly taken to the tower.

The thing is, the Queen never wrote the full story, so we just had a snippet of what might have happened. But now since Dr Stilkington has found Eric’s diary, we know that this man was in fact Eric XIV. After he was thrown ignominiously into the Tower, he came clean about who he was. The Swedish dignitaries were called to identify him, and once they confirmed that he was, indeed, a king – albeit a smelly one – they released him into London. His dignitaries hushed the whole thing up – it was unseemly for a King to behave in such a way, and if word would have gotten out, it would have been an embarrassment indeed.

For Elizabeth as well – she wouldn’t have wanted anyone to know what happened between Robin and Eric. Rumors were already swirling around them, and just a few months later Robert’s wife Amy would die mysteriously. The less attention, the better.

But now that we have uncovered Eric’s journal, and pieced together the dates, we know that this mysterious duel with the gardener was, in fact, one of Elizabeth’s many foreign suitors, coming to claim his Queen.

And if any of this sounded off to you … Happy April Fool’s Day, my friends. April Fool’s goes all the way back to the Canterbury Tales, and that’s true. 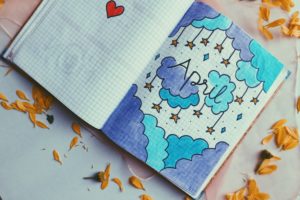