Was Elizabeth of York the inspiration for the Queen of Hearts?

And I recently heard a snippet of something that caught my attention – that Elizabeth of York, that quiet, unassuming consort of Henry VII, was perhaps the inspiration for the image of the Queen of Hearts in the deck of cards.

Take a look at this very famous portrait of her: 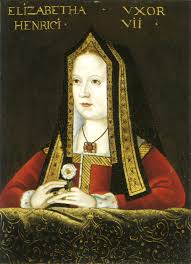 And compare it against the Queen of Hearts playing card: 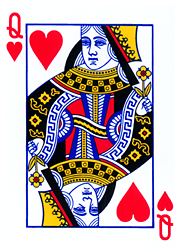 Pretty similar, no? Both holding a flower, similar headdresses. The legend goes that Elizabeth loved card games, and after her sad death in childbirth – attempting to have a “spare” to young Henry Tudor who was now heir after the death of Arthur the year before – Henry VII decided to ensure that she would be a part of the card games forever.

Elizabeth definitely loved gambling, and card games. Card games themselves date back to ancient times, but during the middle ages people generally played with what we might today consider Tarot cards. The modern suits we know with hearts, spades, and so on, came from France. They first became popular in England around 1480. 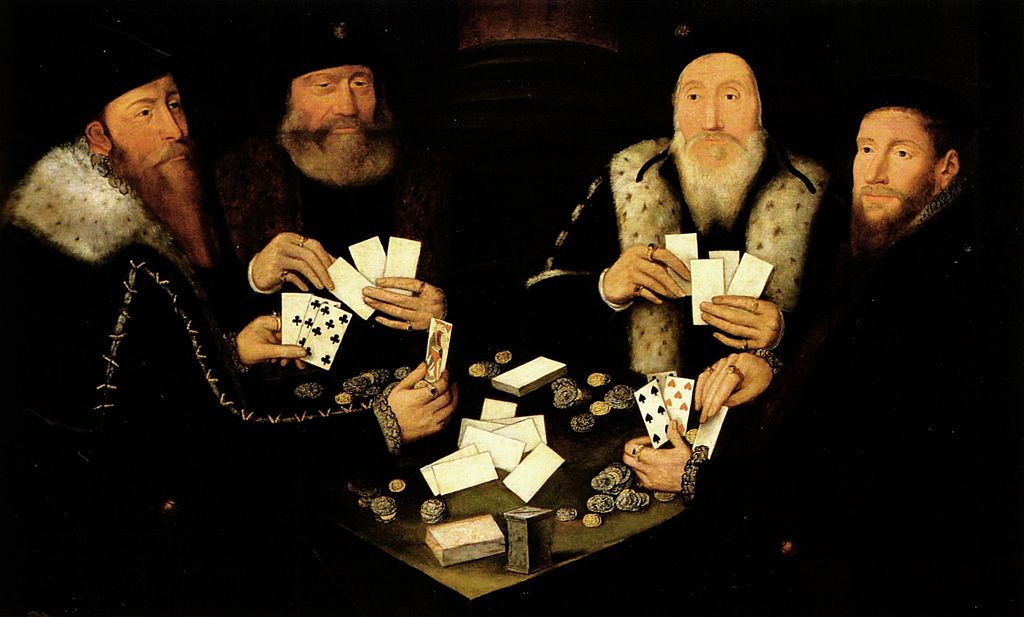 Four Gentlemen of High Rank Playing Primero (a popular Renaissance card game), now attributed to the Master of the Countess of Warwick or his circle.

It’s hard to know for sure what the earliest playing cards looked like. The Puritans destroyed nearly all of them when they were in control. And they’ve left us with barely a dozen sets from the Tudor period. But here is one set that gives us an idea: 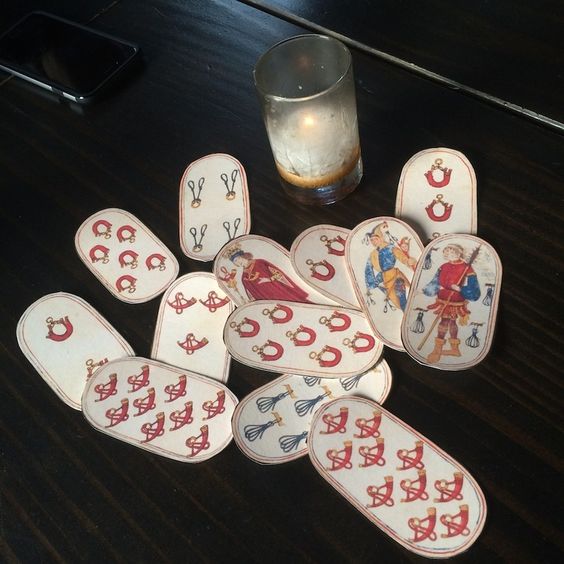 The short answer is: Probably not.

But it’s still a lovely sentiment to think about.